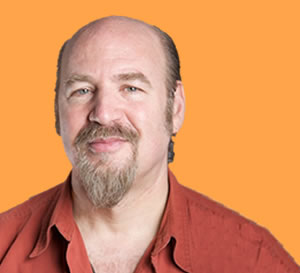 E.H. Rick Jarow, Ph.D. has transformed the way the world thinks about their work, purpose and vocation. As the pioneer of the anti-career movement and author of Creating the Work You Love, he has helped thousands open to their intuition, transform their values into action, and answer their true calling… instead of settling for yet another job. In the last few years, Rick’s work has centered around the art and science of manifestation (as offered in his book and workshop, The Alchemy of Abundance). Similar to his work in career and vocation, these teachings transcend the overly simplistic approach made popular by the movie, “The Secret” and other get-what-you-want philosophies. They dive deeper –  into the alchemical possibilities of loving what is, recognizing your greater purpose and moving towards your own healed vision, on both an individual and a cultural level.

Every year, Rick travels the world to teach workshops on The Alchemy of Abundance, Creating the Work You Love, and other special focus seminars. But his home base is Poughkeepsie, New York, where he works as an Associate Professor of Religious Studies at Vassar College. A former Mellon Fellow in the Humanities at Columbia University, and chair of the Carolyn Grant ’36 Endowment Committee on embodied learning and the mythic imagination, Rick has a rich background in the world of academia, as well as years of personal, in-depth study in eastern and western spiritual traditions, mythology, astrology and shamanism.

At age 19, disappointed with the world around him and seeking a higher truth, Rick left Harvard University and traveled for seven years throughout Europe and India. This pilgrimage is partially recounted in his first book, In Search of the Sacred. In India, he became initiated into the yogic disciplines and meditational arts. At age 26, he returned to the West to complete a doctoral program at Columbia University, where he received a Ph.D. in Indian Languages and Literatures.

Rick returned to India on a Fulbright research grant to study with scholars and adepts, work on the ancient Puranic mythic lore and write the text of his doctoral dissertation, which would eventually become Tales for the Dying, an in-depth exploration into the mysteries of union and separation in classical Indian mythology.

When he returned to the West for the second time, he entered into extended apprenticeships with Hilda Charlton, a master in the arts of manifestation and healing, and the Cuban shamanic healer, Orestes Valdes. Incorporating Western healing modalities, earth-based shamanic work, and cross-cultural mythology, he entered into an apprenticeship with the renowned astrologer, Eleanor Bach.

Rick’s own astrological healing and counseling practice integrated vivid inner experience with high functioning in the external world. This work evolved into his now renown alternative “anti-career” work. His holistic career workshops met with such strong, positive enthusiasm in the United States in the early 90’s that the word spread, and Rick began traveling to Germany, Italy, Canada, and Eastern Europe to teach. Creating the Work You Love, published in 1995, became highly touted throughout the career counseling field, and the publication of The Ultimate Anti-Career Guide launched a revolution in the way people understand and pursue their vocations in the world.

Rick’s work continued to evolve with his book and workshop, The Alchemy of Abundance, which offers a sophisticated holistic approach to the art and science of manifestation, and other group process work (The Jewel in the Darkness, The Yoga of Love and Death). These teachings have helped people find freedom, compassion and peace when dealing with trauma, transition, change and even death, and his group work has become known for fostering a deep sense of community, unbridled creativity and positive life-transformation.

Rick’s workshops can be experienced at retreat centers and venues nationwide, including the Omega Institute in New York; the Open Center in New York City; Esalen in California; Hollyhock on Cortes Island, Naropa University in Colorado, and numerous other conference and holistic centers in the U.S. and abroad. His current schedule can be found on the Workshops page. His books, guided meditations and audio programs can all be found on the Products page.

Rick also offers individual anti-career counseling and astrological readings, via phone or in person, on a very limited basis. To book an appointment, please contact Christine at info@rickjarow.com.